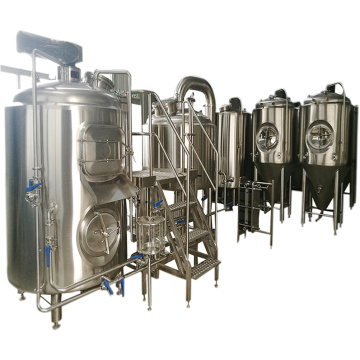 In this configuration, we use the following parametres: 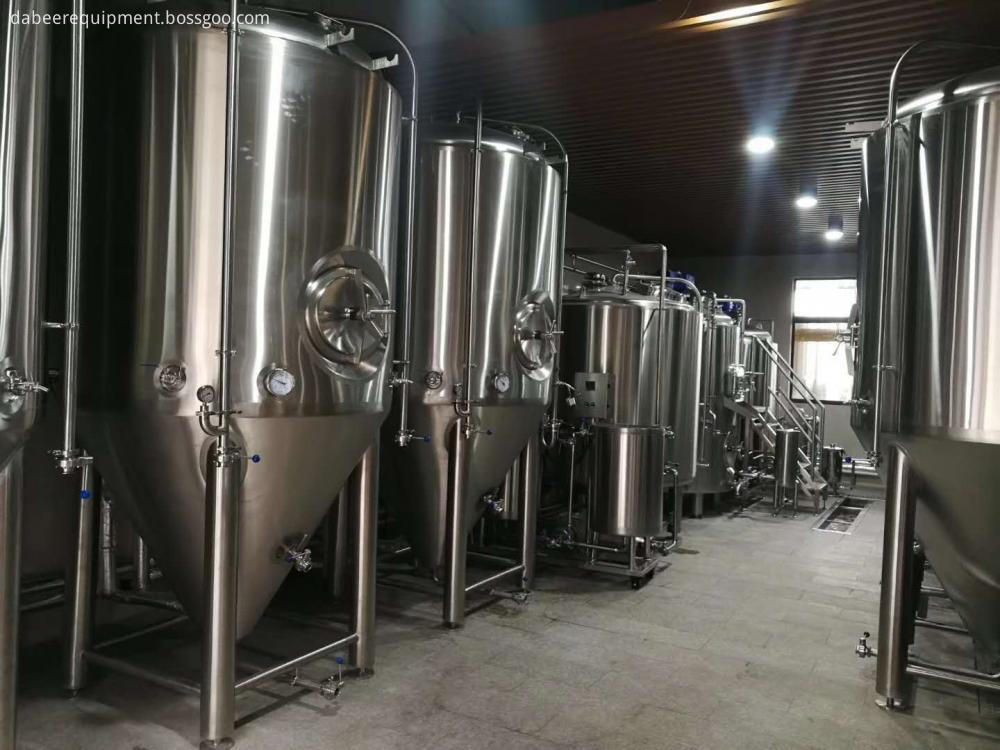 This brewhouse is planned with a capacity of 5 hl / 500 L per brew cycle.

The whole brewhouse is mounted on a rigid rectangular frame, built from stainless steel.

It consists of 2 vessels:

· Lauter vessel and whirlpool, which is placed underneth the lauter vessle and used

during lautering as the first running pot

Between the brewing kettles, there is a stage mounted. In the back part of the unit the control panel is mounted with the control and feedback devices.

Underneath, the piping with valves and the mash and wort pumps are mounted.

The brewhouse can be ordered in serveral stages:

All valves are operated directly on the valves. In this case the piping is built, that the operation is comfortable for the operator.

All motors will be started by switches on the control panel.

All valves will be operated directly on the touchpanel (only manual-mode).

The valves are positioned, that they are easily accecable for the operator.

The motors will be switched on the control panel manually.

Additionally to the partly automated operation, the mashing and wort cooking is done fully automated.

As example the mashing or wort cooking can be named.

Motors will be started on the touchpanel or automated through the program. 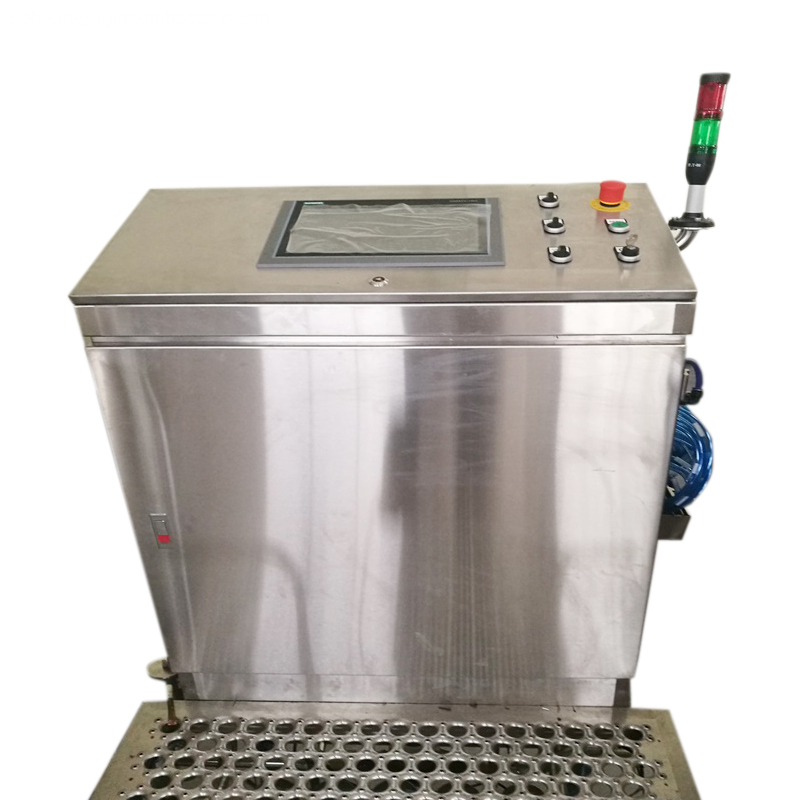 Part II. cylindrical-conical fermentation and storage tanks with a capacity of 5 hl 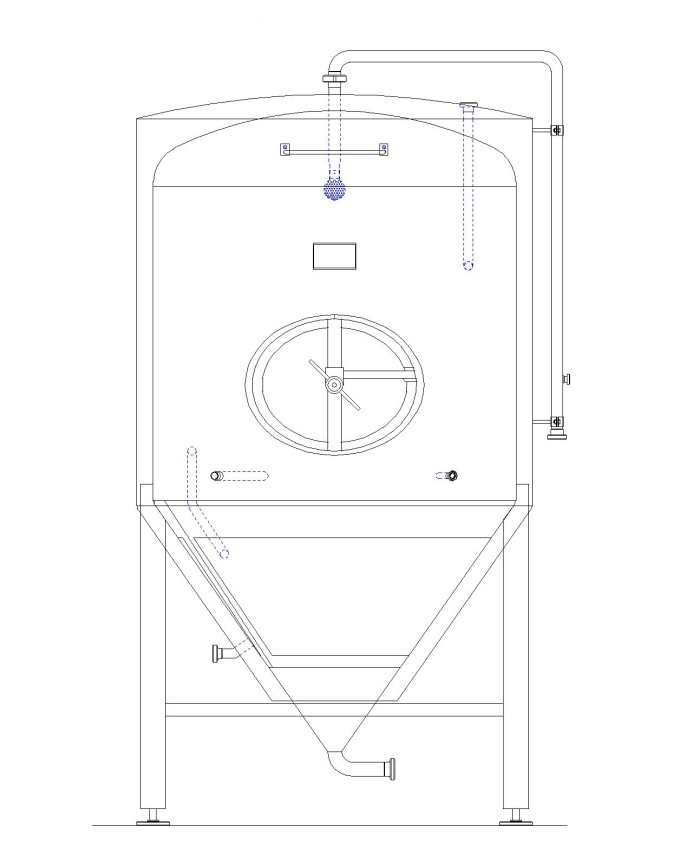 each tank is equipped with: 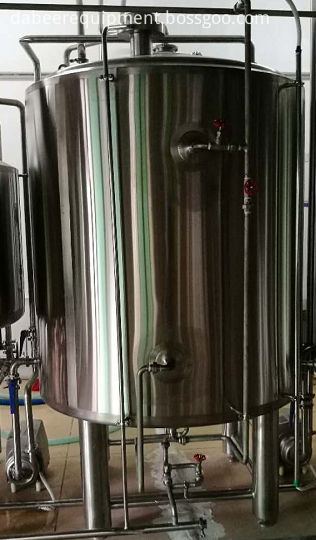 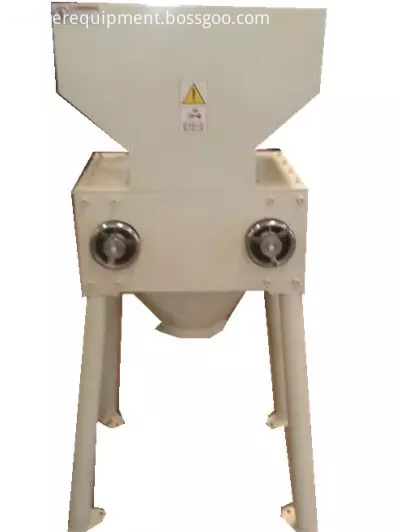 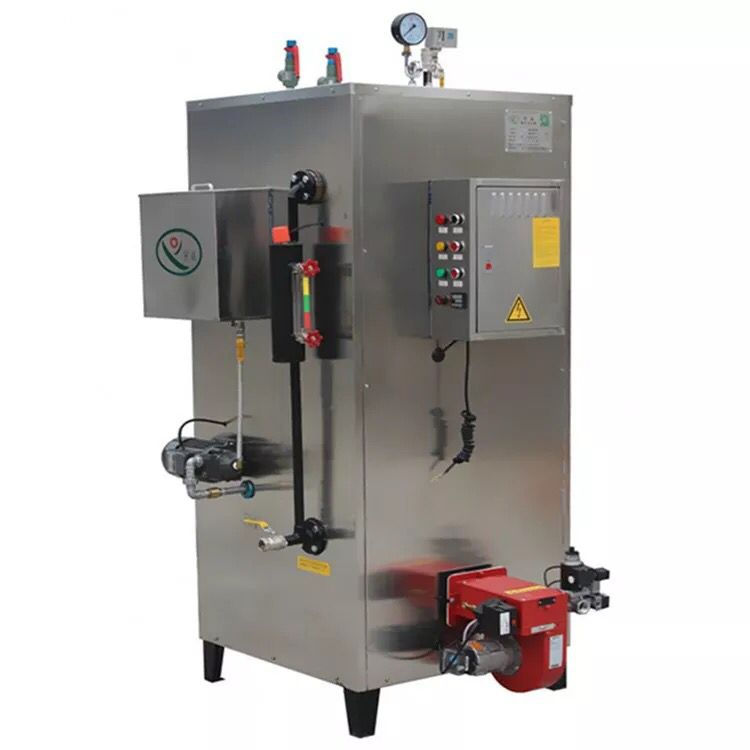 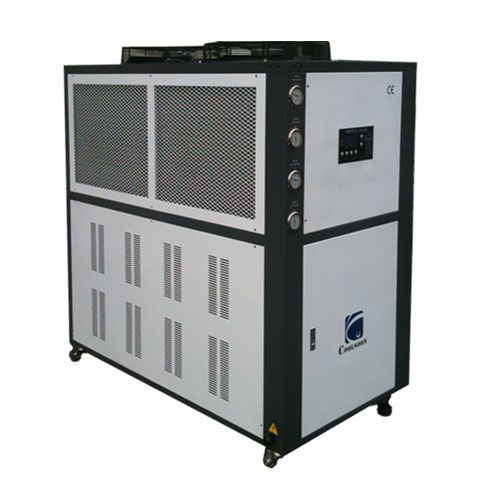 · Visualization of the brew process

· With pneumatic valves in the piping

All medium valves will be controlled on the touch panel (only manual function), whereas the piping is built for a convinient use of the valves.

Motors will be switches on the control panel.

· Visualization of the the brew process

· Input of recipes and fault analyzing

All medium valves will be controlled on the touch panel (only manual function), whereas the piping is built for a convinient use of the valves.

Motors will be switches on the control panel.

The temperature control of the brew is done automatically.

· Visualization of the brew process

· Input of recipes and faul analyzing

· With eletronic sensors and signalization devices

Temperature control for each tank 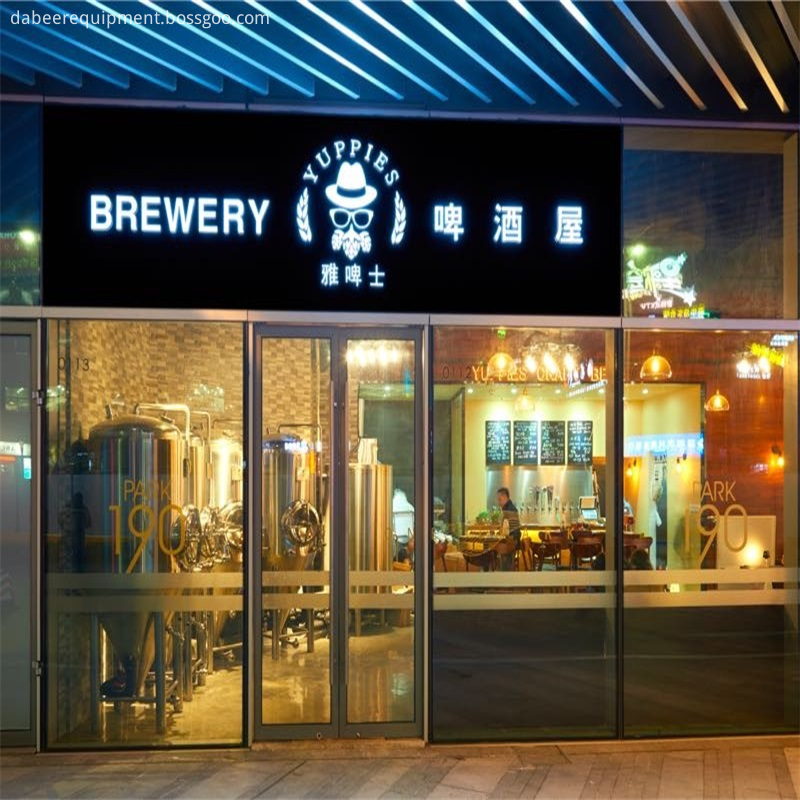 Deao Beer Equipment Co.,Ltd locates in north Pearl River Delta, Dongguan city, where is the manufacturing heartland in China. Our workshop area is larger than 20,000 square meter,specialized in craft brewing equipment, microbrewery system, homebrewery, keg washing and filling machine since 2012. The company was established by Mr. Wang Guodong, though the company is very young, Mr. Wang has been in beer equipment industry for more than 20 years. In 2014 Deao collaborates with BTB Engineering from Germany, which is a professional brewing equipment manufacturer since 1996. We continue to develop different types of products at highs tandard quality for local and international clients. Deao has a team of brewmaster and brewers. They can help our clients to learn equipment operating and beer brewing efficiently. The beer consumption is growing fast all over the world, especially in Asia, Australia and America. Deao constantly provide customers with high quality equipment, fast after sales service and beer marketing consultant. Welcometo take a drink in our company, cheers!

Email to this supplier